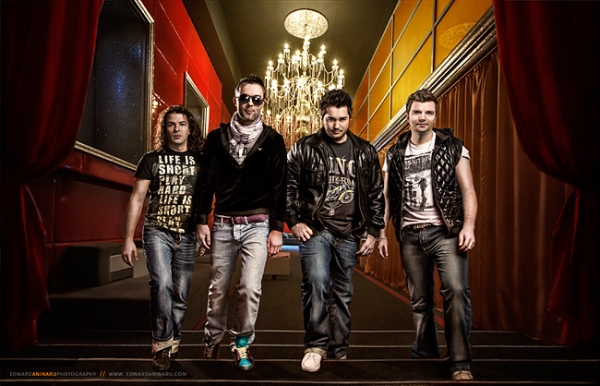 Being aware of the complexity of the house/club phenomenon, the project started from the desire to come up with something new on the house music scene, being among the first Romanian house music projects that along with David Deejay and Inna invented and sustained the “popcorn” style phenomen. The 3 guys reunited as Deepside Deejays in 2008 and started producing and remixing in their unique style, counting till present over 50 remixes and 20 original singles.

Their first single “Beautiful Days” was successful both in Europe and internationally, in countries such as India, Dubai, Egypt, or Morocco. It reached the number 1 position in Poland, Morocco, India, Greece, Cyprus, Romania, Malta, reached top ten in Sweden, Norway and in the Scandinavian countries and reached top 20 in France and German dance charts.

In 2009 they become a “must” of the international music contests winning the remix competition organised by the electronic music label Toolroom Records, remixing one of the most famous producers and DJs, Dirty South. In January 2009 Deepside Deejays were declared the winners of the Gfab Records contest, remixing “Get Shaky” of the famous producer Ian Carey and only a few days after that, a press release from the well known label Cr2 announced that the Deepside Deejays were “The Overall Winners” in the John Dahlback – Everywhere Remix Competition

2011, Deepside Deejays released the song "Never Be Alone" which quickly became an airplay success in Romania and Russia.