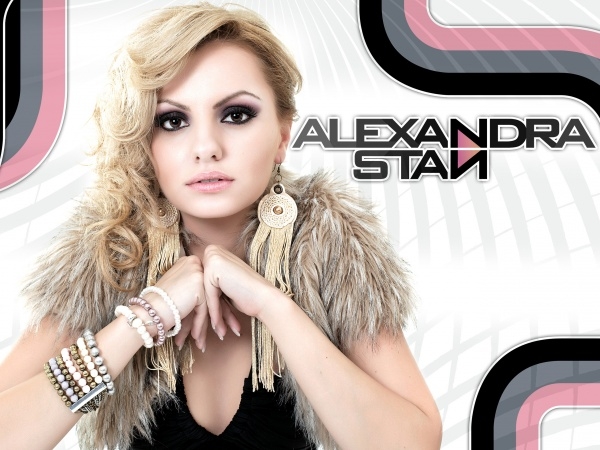 Alexandra Stan (born June 10, 1989) is a Romanian singer-songwriter. She released her debut single ("Lollipop (Param Pam Pam)") in late 2009. The song impacted Romanian mainstream radios in early 2010, peaking at number-eighteen. Her sophomore release, "Mr. Saxobeat", became her worldwide breakthrough hit, selling almost 1,000,000 copies in less than a year and reaching the top five in over twenty countries such as New Zealand and the United Kingdom and the top thirty in Australia, Canada and United States. She released her debut album in August 2011, entitled Saxobeats. The album spawned another single called "Get Back (ASAP)". In 2009, Stan released her debut promotional single, "Lollipop (Param Pam Pam)" The song was out in late 2009 but impacted some major Romanian mainstream radio stations in early 2010, with an A-list addiment in May 2010.

After the success of "Mr. Saxobeat", Stan released a follow-up "Get Back (ASAP)". So far, it peaked at number-one in Slovakia, at number-four in the Romanian Top 100, at number-eight in Finland and inside the top twenty in over five countries.

At the 2011 Romanian Music Awards she received two nominations for "Mr. Saxobeat" ("Best Dance" and "Best Song", winning the latter) and two nods for herself "Best Female" and winning the "Borderbreaker Award". She was also nominated for Best European Act at the 2011 MTV Europe Music Awards, after winning Best Romanian Act where she was nominated alongside rapper Guess Who and Puia, singer Smiley and band Fly Project.

She is also nominated in The Balkan Music Awards 2012.