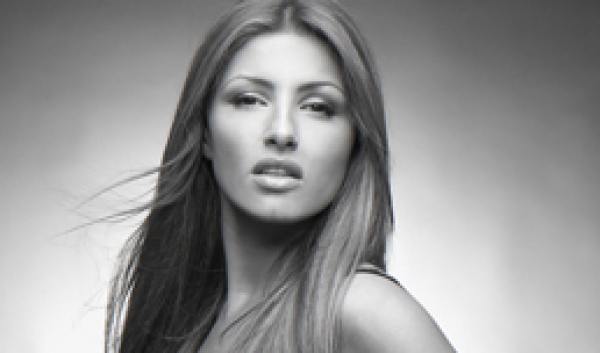 Elena started her career there in 1999 as a member of the duo Antique, while she also worked briefly as a model for a Swedish-Greek brand. After rising to recognition in Greece following its participation in the Eurovision Song Contest 2001, the group based the remainder of its career there until Paparizou embarked on a solo career in 2003 and released her debut album Protereotita (2004), with emphasis on more pop sounds in addition to laïko. In 2005 she won the Eurovision Song Contest for Greece for the first time in the contest's history, with the song "My Number One", significantly contributing to her career. Following the victory, her album peaked at number one on the Greek Albums Chart and was certified double platinum by the International Federation of the Phonographic Industry of Greece, while she also briefly attempted a career beyond Greece with English-language material, charting in a few countries abroad. Her three subsequent albums Iparhi Logos (2006), The Game of Love (2006) and Vrisko To Logo Na Zo (2008) all peaked at number one in Greece and reached platinum sales. Her fifth studio album, Giro Apo T' Oneiro (2010), was also certified platinum.

Paparizou has also won three Arion Music Awards, a European Border Breakers Award, 15 MAD Video Music Awards—more than any other artist— and an MTV Europe Music Award. On 14 March 2010, prior to the release of her fifth album, Alpha TV ranked her as the 14th top certified female artist in the nation's phonographic era (since 1960), totaling seven platinum and four gold records. Paparizou was the most successful debuting female artist of the 2000s and established herself as one of the top pop artists of the latter half of the decade. As of 2010, she has been certified for the sales of 209 thousand albums, 47.5 thousand singles, and 30 thousand digital downloads by IFPI Greece, in addition to 100 thousand total record sales in Greece as part of Antique,[2] as well as 24 thousand certified albums in Cyprus, and 20 thousand singles in Sweden during her solo career. In 2010, Forbes listed Paparizou as the 21st most powerful and influential celebrity in Greece and fourth highest ranked singer.